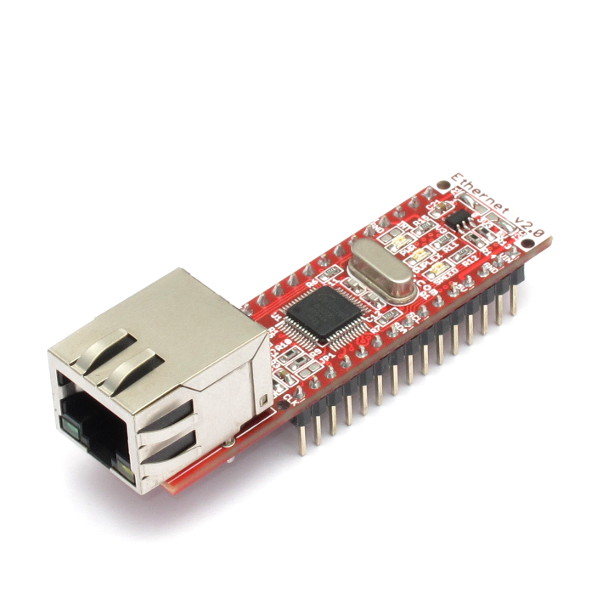 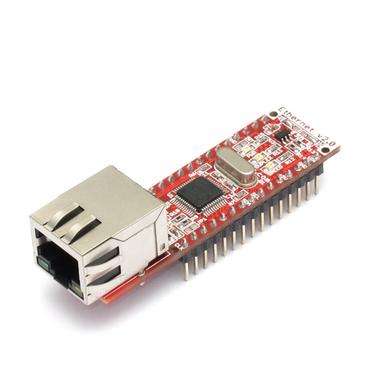 Connect you project to the cloud

The Ethernet Nanoshield allows to connect your project directly to the Internet. Some things you can do are:

The Ethernet Nanoshield utilizes the W5500 chip from Wiznet, which is an Ethernet network controller and communicates with your project’s microcontroller over a SPI interface. This chip is a more modern version of the chip used by the official Arduino Ethernet Shield, featuring more memory (32Kb against 16Kb) and a greater number of simultaneous connections (8 against 4).

The programming is done using our Nanoshield_Ethernet library, which is compatible with the standard Ethernet library from Arduino, giving access to the same functions, besides a function for energy saving (power down mode).

A great advantage of the W5500 controller, in comparison to the other controllers available on the market, is that it has an internal TCP/IP protocol implementation (stack). This reduces significantly the tasks to be executed by the microcontroller, making the software faster and reducing the memory consumption. The 32Kbytes internal buffer allows one to store the sent and received data, while the microcontroller runs other tasks.

Another characteristic from the Ethernet Nanoshield is that it already comes with a MAC address on the EEPROM memory chip that is integrated to the board. This is a unique global address, which is registered exclusively for your board. This avoids address conflicts between your Ethernet Nanoshield and the other equipments on the network and you can also include it on a final product without having to buy MAC addresses from the registry entity. 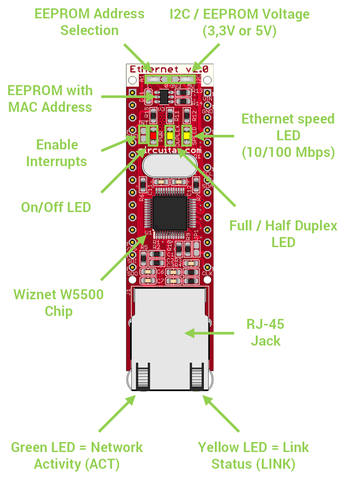 !Connection with Arduino + Uno Base Board

The easiest way to use the Ethernet Nanoshield along with an Arduino is by using a Uno Base Board or L Uno Base Board. You only have to plug the boards and then upload our sample code in order to verify the operation (see the sample code section at the bottom of the page). This assembly can be used with the Arduino UNO, Arduino Mega R3, Arduino Duemilanove, among others (contact us if you have doubts about the compatibility with other versions). The figure below shows the final setup: 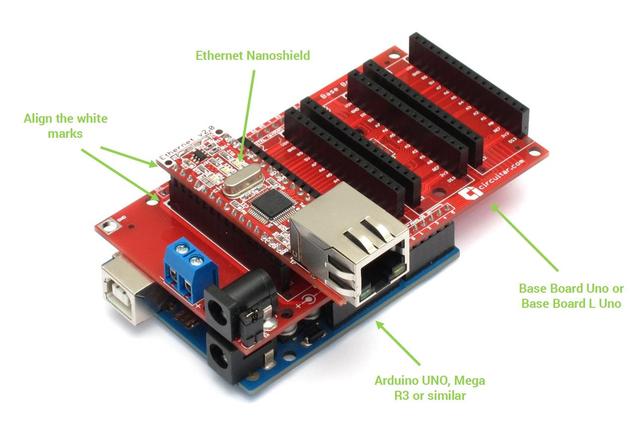 It is also possible to connect the Ethernet Nanoshield directly to our Arduino-compatible board, the Base Boarduino. The connection is done in the same way it is done on the Base Board, as it is shown on the figure below. You only need to plug the boards and the load our sample code, in order to verify the operation (see the sample code section at the bottom of the page). 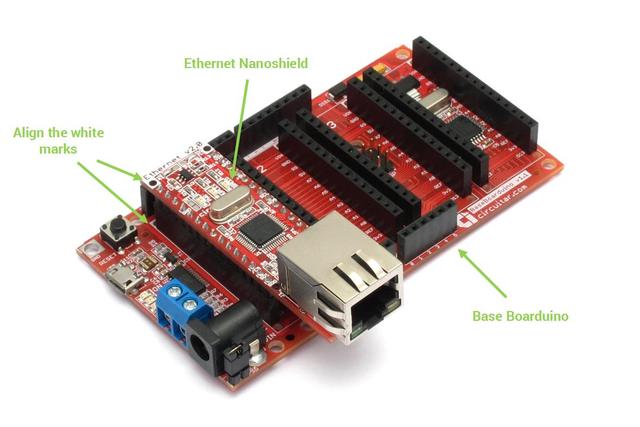 The following schematics show how to connect the Ethernet Nanoshield directly to an Arduino UNO or Arduino Mega. 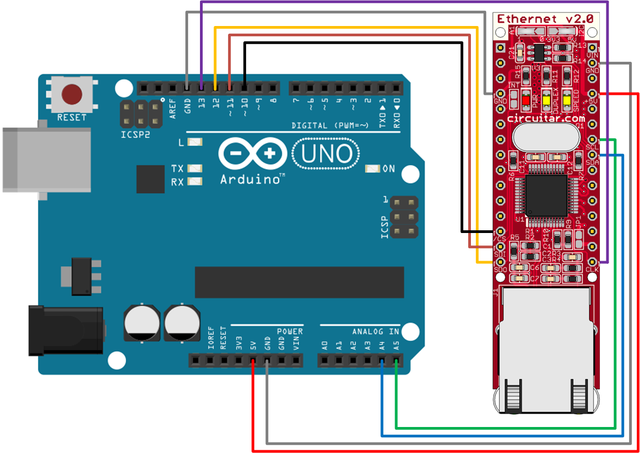 Connection using Arduino UNO (click on the image to zoom) 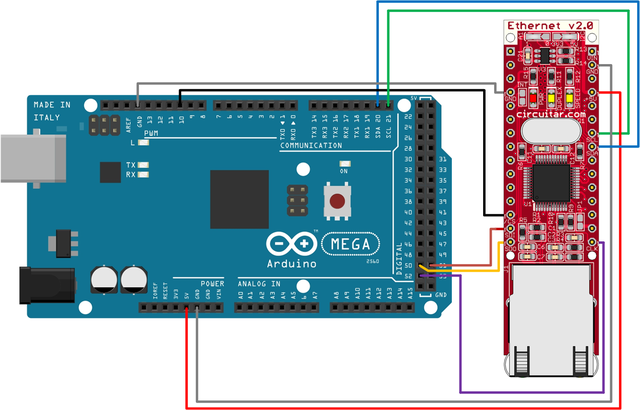 Connection using Arduino Mega (click on the image to zoom) 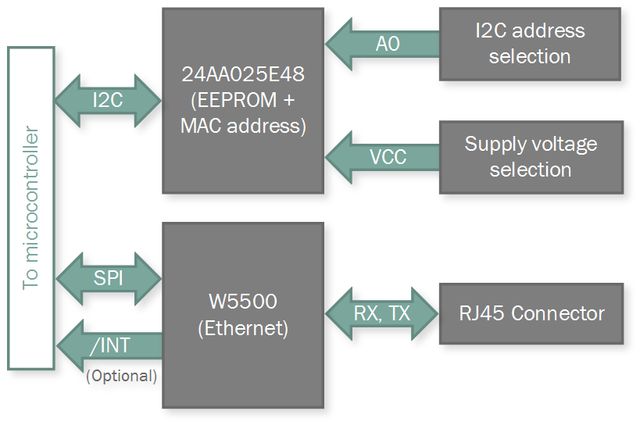 The Ethernet Nanoshield has the W5500 Wiznet chip and can be programmed in the same way as the Standard Ethernet Shield (W5100 chip). You only need to install the open code library Nanoshield_Ethernet, which we make available on GitHub, and change the line of code:

If you are using, on your program, any other library that uses the Ethernet.h, you will also need to change your code, so that it uses the Nanoshield_Ethernet.h.

Run the samples from our library to see how it works: