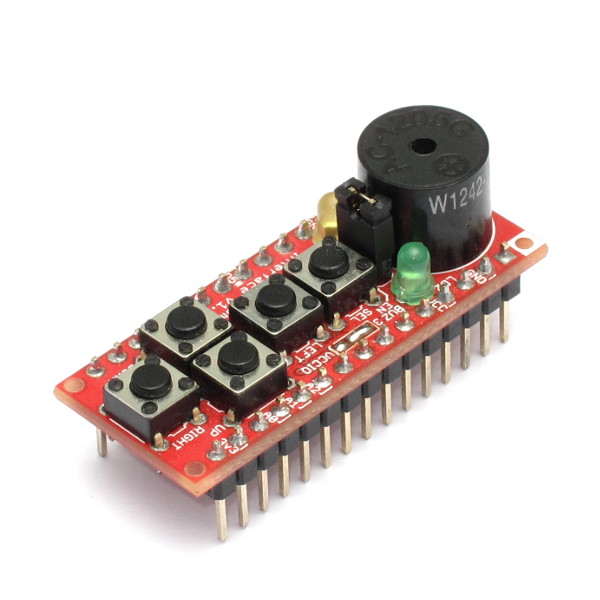 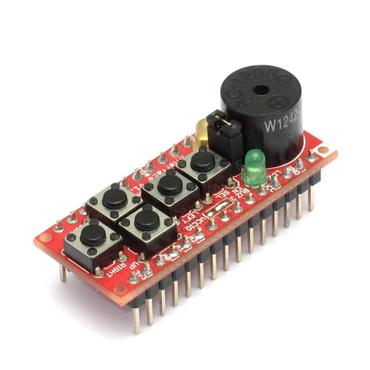 With the Interface Nanoshield it's possible to add basic user interface elements to your project. It has 5 buttons, 2 LEDs (green and yellow) and one buzzer.

The buttons are connected to the Arduino A0 pin through a voltage divider, and can be checked via a simple analog reading. To know which button is being pressed, you just need to verify in which range of the table below the input voltage falls into. 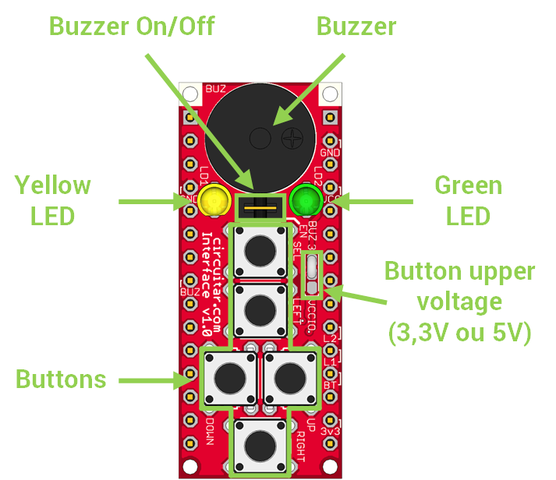 !Connection with Adruino and Base Board Uno

The easiest way to use the Interface Nanoshield along with an Arduino is by using the Base Board Uno or the Base Board L Uno. You just have to connect the boards and start writing code. This assembly can be used with an Arduino UNO, Mega R3, Duemilanove, among others (contact us in case you have doubts about compatibility with other versions). The picture below shows how the assembly looks like. 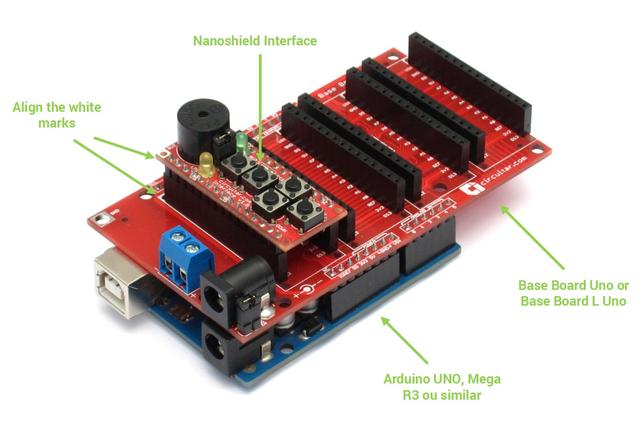 !Connection with the Base Boarduino

It is also possible to connect the Interface Nanoshield directly to our Arduino-compatible board, the Base Boarduino. The connection is done the same way as with the Base Board, as shown in the picture below. 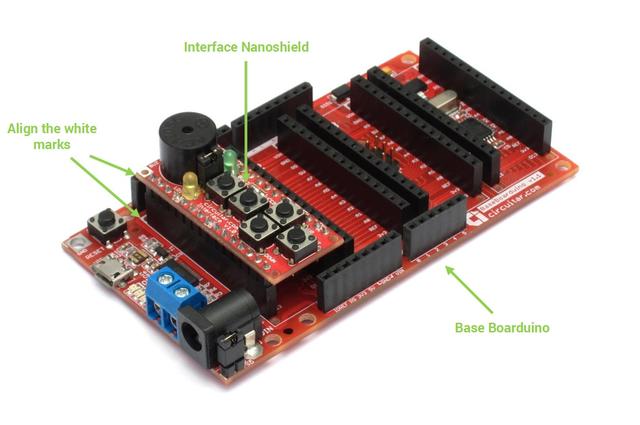 The following schematics show how to connect the Interface Nanoshield directly to an Arduino UNO or Arduino Mega. 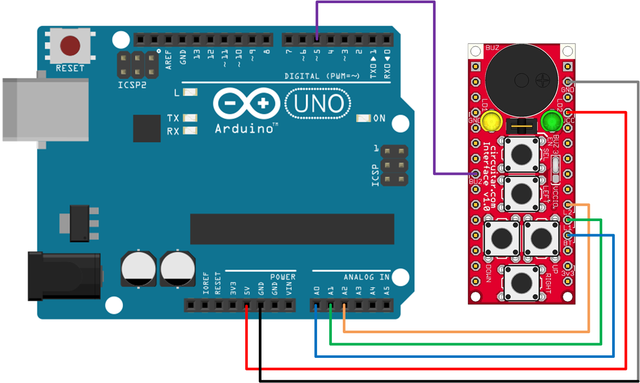 Connection using Arduino UNO (click on the image to zoom in)

Connection using Arduino Mega (click on the image to zoom in)

See on the table below which pin is related to each function of the Interface Nanoshield.

Each button is related to an analog reading range of the A0 pin, as can be seen on the following table. By using the function analogRead(), for example, it is possible to check which button is being pressed, simply by using the values from the table below.

The graph below shows the buzzer response curve, that is, the sound level produced by signals in various frequencies. 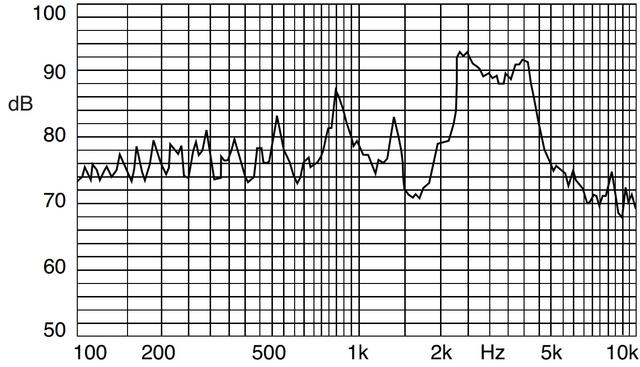 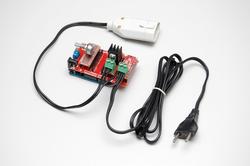